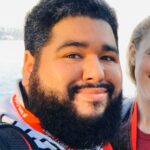 #277 Diving into Cards as a Crossroads

Isaac Vega joins Dirk and David to talk about his experiences in the board game industry and how he has used cards in his games. First the trio discuss City of Remnants and how different components fulfill different roles in game design. Next, Dirk and David ask Isaac about his work on Ashes Reborn and some of its more unique systems. Finally, the group continues the discussion of Isaac’s games with some questions about Dead of Winter and its crossroads cards.

1:20 Tabletop games designer Isaac Vega talks about his use of cards as components

5:02 How the deckbuilding aspects of City of Remnants were developed alongside the non-card elements

14:53 How can new designers learn what is the best component for any given situation, and what drawbacks do cards have?

21:35 Isaac on his  growth as a designer since his start with City of Remnants

35:43 Discussing diverse representation in Ashes Reborn and Dead of Winter

39:30 Talking about the hit zombie game Dead of Winter

48:12 Advice for designers on how to avoid the trap of overly complicated cards

51:30 Isaac’s departure from Plaid Hat and starting his own company: Rose Gauntlet.

56:20 One piece of advice from Isaac for designers